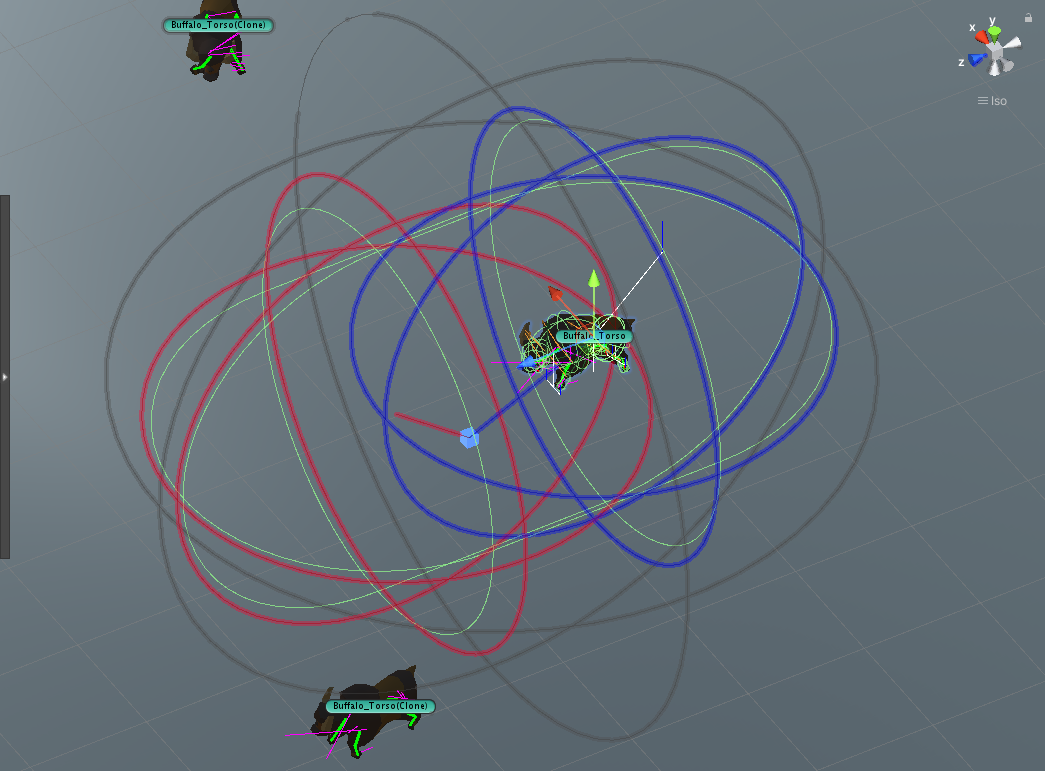 Red area is the attack zone, blue is flee and grey is total detection range...I may have overcomplicated enemy detection

Trying out shorter names, see how it goes. I've been a bit slow development wise this week, so less updates, but things are getting back on track. I've got the Buffalos animated and wondering around randomly and given them code to be able to see threats, and choose to either flee or attack based on where they see the target from.

Next I just need to code the action for charging and fleeing then I think I can count them as done, trying to not overcomplicate the AI from here on out.

Get Days With Dino

Play an active ragdoll T-Rex, through 3 stages, as you hunt and explore a tropical island.